UMBC has begun work on a campus-wide effort to upgrade our utility infrastructure, addressing deteriorating pipes, boilers, electrical service systems, water lines, and site lighting. The majority of UMBC’s utility infrastructure is approximately fifty years old and has reached an age and condition where they have exceeded their useful life. Not addressing these systems may ultimately require major repairs and/or replacement to remain functional, risks catastrophic failure resulting in property loss, and threatens the delivery of core services to our community. As the campus continues to grow, even greater demands will be placed on the deteriorating systems until they are unable to support campus buildings.

The urgency for this project has intensified in recent years with the frequency and severity of campus infrastructure failures:

In addition, new state environmental regulations have had a great impact on the campus. In compliance with the Clean Water Act and state regulations, The Maryland Department of the Environment has issued a National Pollutant Discharge Elimination System (NPDES) General  Discharge Permit 13‐SF‐5501. This permit covers State and federal small municipal separate storm sewer systems (MS4s), of which UMBC is an example. Under new state regulations UMBC is required to restore 20‐percent of its historic untreated impervious areas, like roads and parking lots, by no later than 2025. 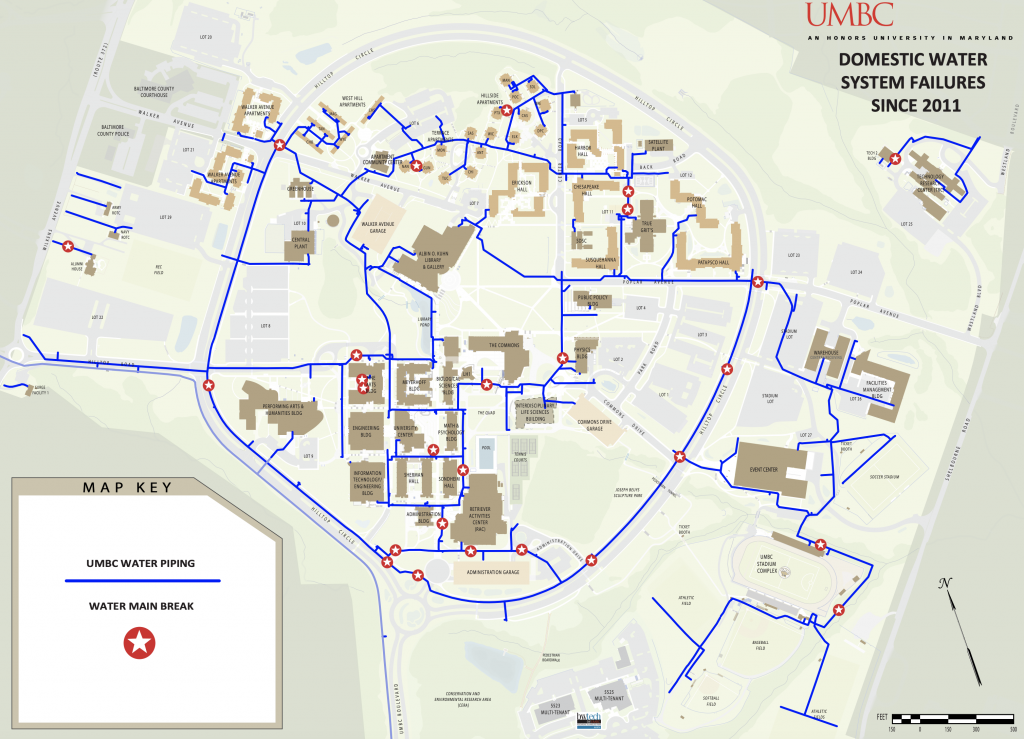 The Campus Utilities Upgrade Project addresses all of these concerns and will:

While not incredibly photogenic, this project will have a long term positive impact for the campus. The most immediate Return on Investment (ROI) is system reliability, reducing potential future adverse impacts on teaching, research, and operations. Additional returns include a reduction in costs due to failures, avoidance of insurance claims and premium increases, and a sharp reduction in maintenance costs. In addition, this project will increase efficiency and help UMBC meet its campus sustainability goals.